Alright, buckle up, because we’re going to finish out this list of advice in style! In case you missed Part 1, check it out here.

I got a little crazy with the memes on this one, but what can I say that a meme can’t say better?

Section 3: HOW TO LOOK GOOD TO HIM 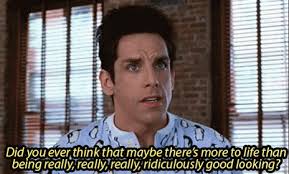 Well thanks, Cheryl, shouldn’t you have gone through this with me first before I started setting up my easel outside his classroom?! No wonder he called school security.

48. Men like to think they’re authorities on perfume. Ask his advice on what kind you should wear. 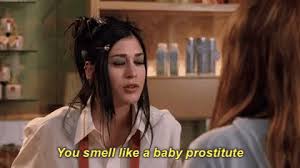 “Men still make passes at girls who wear glasses”?! A mantra for the ages! 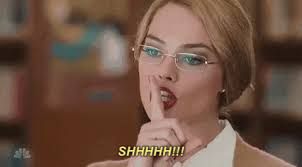 Remember, none of this “guess who?” stuff!

52. Wear high heels most of the time — they’re sexier.

Sure, until you break your ankle because you’re flat-footed and clumsy af.

53. Unless he happens to be shorter than you are!

Then you’d better bind up those feet.

55. Take good care of your health. Men don’t like girls who are ill.

56. If you look good in sweaters, wear one on every third date.

57. Dress differently from the other girls in the office.

Somehow I think my squeaking into the office in stretchy pants, glasses and sports T’s on Fridays isn’t what they have in mind.

Make. Up. Your. Mind! If he doesn’t like ill girls, what’s he going to do when you get melanoma?

61. When you are with him, order your steak rare.

Shouldn’t I be getting a salad?!

62. Don’t tell him about your allergies.

No. It’s much better for it to be a SURPRISE. 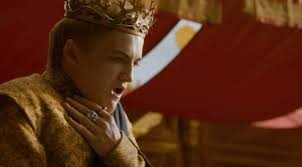 63. European women use their eyes to good advantage. Practice in front of a mirror.

64. Buy a full-length mirror and take a good look before you go to greet him. 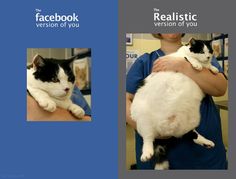 65. Change the shade of your stockings and be sure to keep the seams straight!

I have no idea.

66. Get that fresh-scrubbed look by scrubbing!

67. If he has bought you any trinket or accessory, wear it. 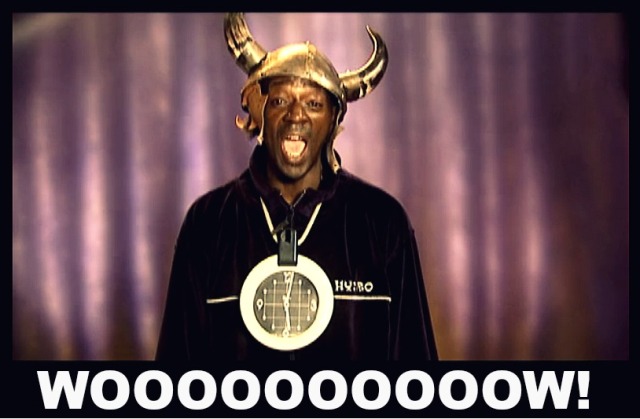 68. Use the ashtray; don’t crush out cigarettes in coffee cups!

69. Polish up on making introductions; learn to do them gracefully.

71. Stick to your moral standards. 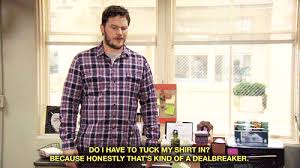 Is it by chance this vine? 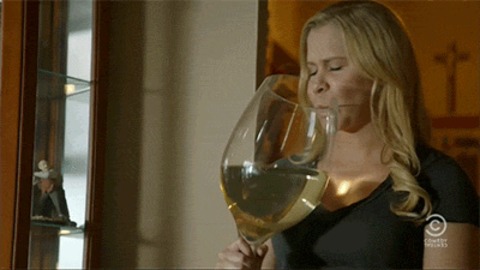 Alright, DRUMROLL…. You’ve almost got him!

Section 4: HOW TO LAND HIM

I have so many questions. Overdo the cheapness, the fun, the date itself?

74. Don’t let your parents treat him like a potential husband. 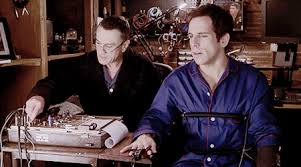 75. Ask your parents to disappear when you’re entertaining!

Now…. wouldn’t that be the entertainment? A magic show!

76. Double-date with a gay, happily married couple — let him see what it’s like!

There’s absolutely no way this could backfire.

77. Tell his friends nice things about him.

78. Send his mother a birthday card.

If you’ve never met her, this won’t be creepy at all.

79. Ask his mother for her recipes.

So you can fuck them up.

80. Talk to his father about business and agree that taxes are too high!

Yes, get the children to whine to him about missing Auntie Alyssa!

82. On the first date, tell him you aren’t thinking of getting married!

You know, I tried that, since I met Luke as I was getting divorced, and it really seems to have backfired. 5 years later…

83. Don’t talk about how many children you want. 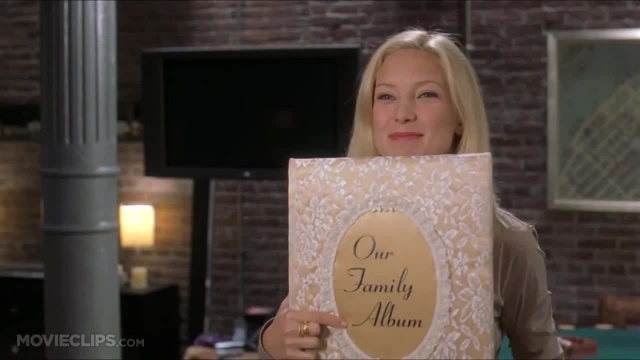 84. If he’s a fisherman, learn to scale and clean fish.

85. Don’t tell him everything about yourself at the start. Hold something in reserve.

86. When you’re out strolling with him, don’t insist on stopping at every shopwindow.

87. Don’t tell him how much your clothes cost. 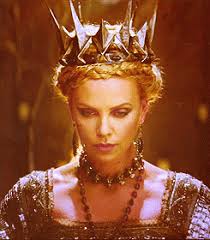 88. Learn to sew and wear something you have made yourself.

90. Never let him know he’s the only one, even if you have to stay home one or two nights a week! 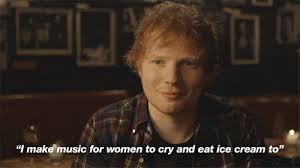 92. Very early in your dating, why not get a favorite song that you both regard as your own?

93. Find out about the girls he hasn’t married. Don’t repeat the mistakes they made.

Also, don’t go crazy in the process, which I’m sure you won’t.

95. If you are widowed or divorced, don’t constantly discuss your former husband.

Re: the first couple months…. oops.

96. Be flexible. If he decides to skip the dance and go rowing in the lake, go — even if you are wearing your best evening gown.

Sure, no problem! And doesn’t this directly conflict with #91??

97. Hide your Phi Betta Kappa key if you own one — later on junior can play with it.

In the name of all that is holy, what the hell are we even TALKING about?!

98. Turn wolves into husband material by assuming they have honor.

I’m not a magician or a witch, Sally.

99. Resist the urge to make him over — before marriage, that is!

100. Learn where to draw the line — but do it gracefully. 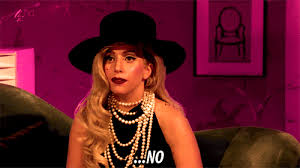 101. Remain innocent but not ignorant. 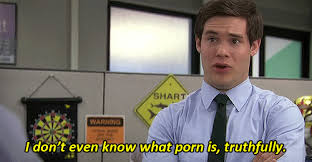 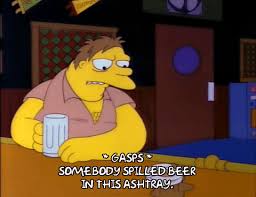 104. If he’s rich, tell him you like his money — the honestly will intrigue him!

And you’ll be signing a prenup.

105. Never let him believe your career is more important to you than marriage. 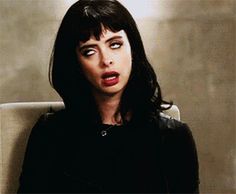 106. Buy him an amusing or particularly appropriate present every once in awhile. But don’t make it too expensive. 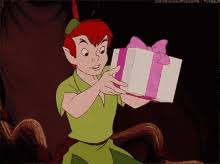 107. Clip and mail him a funny cartoon that means something to both of you. 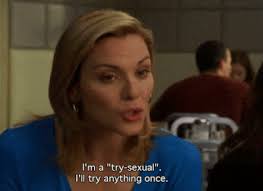 109. Stop being a mama’s girl — don’t let him think he’ll have in-law trouble, even if you know he will!

110. Point out to him that the death rate of single men is twice that of married men.

Yes, for real, this is still part of the McCall’s article, in case you had doubts.

Remember at the beginning of this Part 2 post where I said to buckle up? Well now the frilly sight-seeing part of the tour is over and we’re going on a ride, so BUCKLE UP NOW, and probably request one of those roller coaster protector things for your shoulders because we’re gonna go upside down a few times. 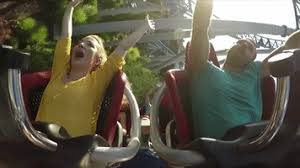 Just do it! Remember what Reese Witherspoon said about getting into Harvard law school in “Legally Blonde?” 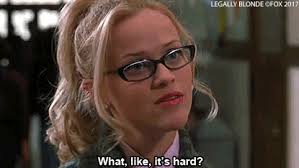 If you can’t snag him, shoot him!

All the best marriages are built on a throne of lies!

Why not? It’s Tuesday!

115. Rent a billboard and post your picture and telephone number on it. 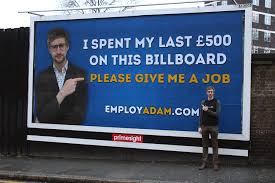 If the billboard thing doesn’t work out, of course.

117. Start a whispering campaign on how sought-after you are.

118. Sink at a fashionable beach at high noon!

What fresh hell activity is this?!

120. Bribe Ferris-wheel operator to get you stuck on the top of a Ferris wheel.

Told you we’d go upside down….

121. Stand on a busy street corner with a lasso.

No one will mistake you for a prostitute.

122. Carry a camera and ask strange, handsome men if they would mind snapping your picture.

Make sure they’re strange because you want your photo to end up in that cold case file, don’t you?

123. Ask your mother to take in male boarders.

I’d rather die alone. Not than date a bald man but… making toupees?! See above gif.

Now THERE’S a good idea in all of this bat-shit craziness!

You’ve got plenty of experience from your regularly scheduled car break downs.

127. Carry a tow chain in the trunk of your automobile.

Are we still on a list about snagging a husband?!

128. Let it be known in your office that you have a button box and will sew on bachelors’ loose buttons. 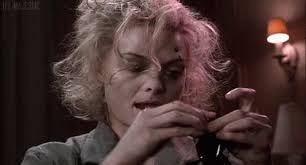 And last but not least. Ladies, for the love of god, above all else ….

129. Don’t marry him if he has too many loose buttons!

So, there you have it! Happy hunting. May you live happily ever after, in Nevada, selling fishing tackle out of your convertible, living under a mountain of lies. True love!

One thought on “FOOLPROOF advice to get a man- Part 2”