This is my squad.

Next to Luke, these ladies are the closest allies I have in life. I’d say even closer than my own family. They are my family. A little bit about each:

Katie and I both went to Ohio University and majored in news editing. We worked on the school paper together and shared some classes, and in our senior year, we rented a house together. Following graduation, we both landed internships in California and then later, jobs in Washington, D.C. Despite my moving to Wisconsin in 2008, we have remained very close and manage to visit each other nearly every year! We were each other’s maids of honor, and we’re able to keep in touch every week thanks to Google Chat.

Sam was one of the first friends I made upon moving to Madison because I moved into an upstairs apartment in the same building she lives in. We share many fun parts of Madison life, including shows, yoga and various events about town. Knowing Sam has opened me up to some really great music and people, but she’s also taught me a lot about living a happier and often simpler, unapologetic life. We always support each other but also often egg each other on to making some questionable decisions that lead to great times and great stories.

Emily, my ginger warrior, is what I often refer to as a “real adult.” She’s really, truly got her shit together and knows how to live life with admirable balance between great times, healthy living and responsible decisions. She’ll egg you on at times too but typically make more responsible decisions on her end to prop you up in the aftermath. We met through people we don’t even talk to anymore, but we’ve only grown closer, both moving out of the near east side of Madison a few years ago (which is kind of a big deal) and coining the term #northsidelove, which if nothing else, gained some traction by organizers of the North Side Farmers Market. She’s very direct and doesn’t sugar coat advice or take sides — she gives it to me straight but is also one of my biggest cheerleaders and dearest friends.

When I’m rarely with all 3 of these ladies, it’s nothing short of magical, but either way I manage to keep them all a part of my life on the regular.

That’s not to say I don’t have other very close friends, and of course, relationships are always evolving, with people sometimes taking a greater role in my life for any period of time, while others may come and go. And then there are my high school friends, who when I actually get to see them, I have so much fun as if no time has passed and I’m sad I don’t see them all the time anymore. Then there are the people you meet through your significant other, who can also become close friends.

I’m very grateful for all of this. Just writing this now is a great reminder of how many great people I have in my life. Despite that, I’m not immune to sometimes feeling left out of something, or worrying I’m annoying people, or wondering if people are judging me. It happens to the best of us.

When it comes to friendship, even those with the best intentions can inadvertently hurt someone’s feelings, make someone feel left out. If this isn’t something you’ve ever dealt with, if your “circle” is so tight and so perfectly balanced that things just flow all the time without any drama whatsoever — congrats! But I know for me and a lot of people, it’s not that simple.

I’m not talking about Mean Girls here, either.

Ain’t no one got time for that.

What I’m talking about is much more subtle than that.

I’m going to describe some scenarios here, scenarios that actually have happened to me or that I was involved in, or friends of mine have dealt with.

A group of friends decides to go to a Ladies Night event at a local store, with contests and giveaways. One girl sends a message to a few others. Of those girls on the message, one of them considers inviting another friend, realizes that friend’s work schedule isn’t likely to align with the event, and doesn’t bother sending a message. The event happens, social media posts go up, and the friend who wasn’t invited feels left out, wondering why she wasn’t included.

A group of girls who regularly get together for dinners are all invited to one of the girl’s birthday party. Upon arriving, one girl in the group learns everyone in the group but her went to a dinner before the party. She wasn’t invited. She feels hurt and wonders why.

A group of girls gets together every few months for Restaurant Week. They plan a specific day of the week to go to a meal each time the event comes around. Another girl on the fringe of this group — who is close with some in the group — wonders why she’s never invited. She then gets invited to a baby shower of one of the girls in the group, one she isn’t as close with. She’s very confused about her role in this group.

Each of these scenarios really happened, either to me or someone I know. With the exception of #2, I know the people involved well enough to know that any slighting or infliction of hurt feelings was inadvertent, unintentional. But does that make it hurt less for the one who feels left out?

And what’s the solution? That is something I’m not 100 percent sure of. You can’t think of everyone all the time for everything… but are there times we should be thinking of others more?

It’s complicated. When I sit down to make an invitation to a party, it can get out of control fast. I don’t want anyone to be left out, and between Luke and I, we know a lot of people. But certain gatherings don’t work beyond a certain head count. How do you pick and choose?

Obviously, some of that is natural. You’re closer with some people than others. Sometimes other things factor in: Did this person recently invite me to a gathering, making me inclined to return the favor? Are there people in the group who used to date or are not on speaking terms, making it awkward to invite both?

In most scenarios, you’re going to be fine. The major players will be included, and it’s unlikely the others are going to take issue or be offended. But then scenarios pop up like the examples above. When this inevitably happens, the next phase is how the one who feels slighted chooses to deal with it, and how the rest respond.

The person in Scenario 1 didn’t sit on her feelings — she told her friend she was hurt. When the friend explained she thought her schedule would interfere, she was reminded that an invite is appreciated regardless, and it so happened that the friend could have gone that day. Lesson learned; they moved on.

It’s been a few weeks, and the person in Scenario 2 still has hurt feelings but hasn’t addressed anyone about it directly. Other issues are popping up in the meantime, and she’s questioning how good of friends these women may be and whether it’s worth it to even bring it up.

Over time, the person in Scenario 3 has come to accept that a certain group is getting together for these dinners, and that’s OK. As far as the other invites go, she only goes if she feels inclined to, and if she doesn’t, she doesn’t feel bad about it. She knows no one is doing this to intentionally confuse her, so she’s going with what’s best for her at the time.

I’ll let you in on a secret. Every member of my squad above is involved in at least one of these scenarios. So we’re not perfect either! Even among us, feelings can be hurt. As you can see from the actions taken, or not taken, this is where the hard adulting part comes in. In the first scenario, direct communication was chosen. The issue was addressed and the case was closed, and the friend now tries to remember “an invite is always appreciated,” and it generally stuck. In the third scenario, that friend doesn’t feel it’s worth raising a stink. Over time, the importance or any hurt feelings have basically subsided and it’s not a huge deal. It wasn’t worth it to bring it up. And in the second scenario, the friend in question is still trying to decide what to do, if anything.

There are many, many mitigating factors. Sometimes things come up spur of the moment, you invite some people along, you go. It happens. That doesn’t make you a bad person, that makes you someone who is living life, without overthinking. In those cases, if anyone has hurt feelings, they’re typically fleeting. If you know where you stand with your friends, you know. You don’t have to read into everything all the time. And when lines are crossed, you have the option to either confront or chalk it up to a misunderstanding or simple oversight.

But why is that so hard sometimes? As my friend asked earlier today, “What age do I have to reach before things stop hurting my feelings so readily?”

My answer would be: Probably when you’re dead. If you’re like me, you feel things. And let’s be honest, we’re all about OURSELVES, nearly ALL of the time, so of course you’re going to feel that you should be forefront in your friends’ minds. Always. Even if you don’t actually think that, subconsciously, you probably do on some level. It’s normal.

I think a lot of it comes down to trust and communication. Deciding when to trust that it’s not a big deal, you’ll hit the next thing, or that you do need to talk about it. Only you really know that. And on the flip side, if you have a moment of question or doubt, be kind. Make the effort.

One thing’s for sure. Whenever possible, we should stick together. We’ll be running the world someday. 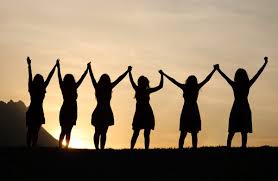 I’d love to hear from you on some examples of your sticky situations and how you handled it! I’d also like to state that you are ALL invited to celebrate my 35th birthday May 31 at the Bonfire music festival in the hills of Wisconsin. 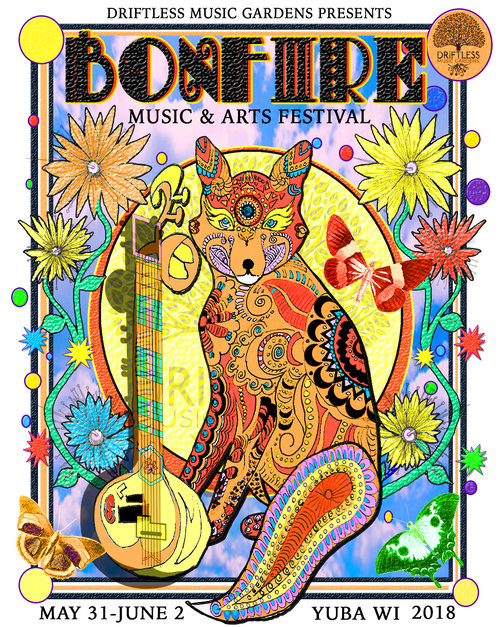