A few weeks ago, I teased a new segment: Alyssa’s Diaries. I recently came across several of my old diaries when I was cleaning things out in the basement, so the idea struck me that it might be funny to go back through some of them and look at how I was feeling then and what I may or may not have learned now that I’m 33.

I’ve been writing in a journal for most of my life, but my first official, documented diary began in the summer before 6th grade.

I still write in one occasionally now, but the blog has sort of become my new forum for my random, crazy thoughts and musings.

Before we begin, I just want to warn you of one thing:

Oh yeah. These and other classy stickers like “Daddy’s Girl!” adorn my first diary. It also has a lock on it that requires a combination that I actually remember, and I’m SURE it wouldn’t be easy enough to just break it open.

Security is tight on this one, guys. 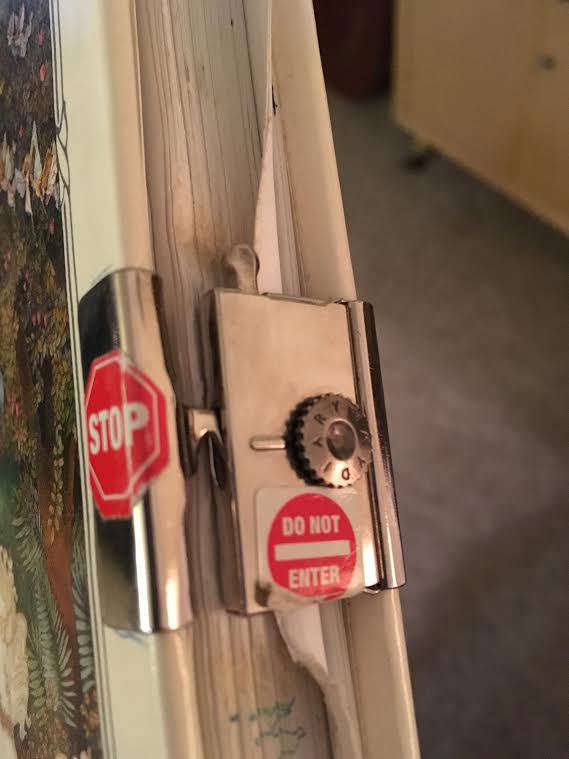 “Let’s get to the good stuff!” you may be thinking. And to that I would say, WHAT good stuff?! Particularly in the early years, I’m not super impressed with myself. I’m a rather boy crazy, emotional, whiny mess. Oh shit, am I still like that?! Well, at least now it may be less well-documented.

Anyway, my poor, poor parents. 1995 Alyssa likes a different boy pretty much every week, and she “goes out with” a lot of these boys, gets bored and moves on to the next. And no, nothing untoward here people! You remember what “going out” meant when we were in middle school. Well, at least for ME it meant, ask your friend to ask someone out for you, or vice versa, respond, giggle, maybe exchange a few notes, maybe actually talk to each other once or twice, then on to the next.

For example, in one entry I talk about a friend asking someone, on a Friday, if they liked me, and they planned to answer on Tuesday.

YIKES. If you gotta think about it THAT long, it’s not looking good, amirite?!

There are definitely some recurring “crushes,” if you will. One boy in particular that I was obsessed with for most of middle school I would NEVER date today because we have widely different political beliefs last time I checked, among other reasons. Funny how that stuff means nil when you’re young.

1995 Alyssa, like many adolescents, thinks her parents are the LAMEST. Tying up the phone line and racking up a bill, surfing AOL, too many social plans, etc. What’s wrong with that?! GET OUT OF MY WAY, LAME ASSES!

And that’s the light hearted stuff. I was an extremely emotional teenager. I struggled with anxiety, depression, low self esteem (acne, braces, glasses, the works) and a strong need for attention and approval. All things I struggle with even now, but now I take meds, see a life coach, do yoga and generally just try to DEAL in ways I didn’t know how to before.

I figured I’d start with my very first entry, which is pretty Classic 1995 Alyssa:

Guess what! I ordered a Get Him System in the mail. It’s supposed to work or you get your money back! I don’t know how I’m going to get it in the mail before my mom sees it, though!

Wowwwww. Where do we even begin with this one?! From my recollection, Seventeen magazine kept advertising this thing, and as a boy crazy nut job, I fell for it hook, line and sinker. It was this book that was supposed to have these secret tricks to make guys fall for you. Something I really believed in at the time. If only this or that, I’d finally be popular…

UGH. What does that even mean?! I mean, I know what it means, but if only we could have a spec of perspective in our youth. Being “popular” in grade school is for the birds.

But yeah, I paid I-don’t-remember-how-much for this thing, and then watched the mail like a hawk, volunteering to get it (we had a post office box), and one day, it arrived in a nondescript paper bag. Hallelujah! The answer to all my dilemmas!

Or not. I don’t know what I was expecting, but what I got was a basic rundown of how to flirt and exude self confidence. Nothing super secret or OMG mind blown! Just a scam for desperate young gals like myself.

So anyway, this is just another thing I want to occasionally feature on the blog. No rhyme or reason, and I may jump around to different journals. Stayed tuned!