If you read my last post, you might be wondering how the meal went, if my parents liked our place and, drumroll… was I hungover for the big day?

The answer to that last one is:

But, it was better. Just a lingering headache that finally went away just before the Packer game… which brought on a whole new one! UGH.

Eight hours in the car will do that to you, I suppose. So, whatever. You don’t become a real adult overnight, people! What would become of the blog?! I still made the sides and had my shit together, mostly. “There’s always next year!” as we say in Cleveland.

We had a LOT of food. Even though the Packers lost, I declared Todd MVP of Thanksgiving 2015. That man made an amazing turkey. My dad, whose late mother was Southern and made the BEST food, said it was the best turkey he’s ever had. The rum ham was good, although I can’t really distinguish it from the regular ham (weeee), and we’ll be eating the sides for the next week.

I thought we put on a pretty classy event, myself! They really liked the place. It’s the most spacious place I’ve lived, next to the house I shared with roommates in college, and parents always love a place where they can comfortably stay versus getting a hotel.

Speaking of hotels, I felt like a hotel employee Sunday morning. My parents didn’t leave until 10, and I had to scatter to wash sheets and towels, remake beds and straighten up for Todd’s parents who were coming to stay Sunday night after a weekend in the Dells. I pulled it off, though. It worked out nicely too that they had not had a traditional Thanksgiving meal, so they could have that with our leftovers.

Todd’s parents also met my parents on Saturday when we dropped him in the Dells so he could run around with his nephews and other family. I thought it went well! As Todd’s mom said the next day, “I was nervous, but your mom made it so easy!” which I think was her nice way of saying my mom never stops talking, which she rarely does, bless her heart. But she is very good in social situations. She sells advertising, after all.

They had their classic moments, of course. My mom has this terrible habit, which I’ve somewhat picked up over the years but am always fighting against, where you think she’s listening to you, but she’s actually thinking about something completely unrelated, which becomes evident in exchanges like the following:

Me: So yeah, it was really nice that they did that, you know?

Her: Alyssa, you really should blow dry your hair. You’re going to get sick if you go out with your hair wet like that!

My dad, at one point, clogged the downstairs toilet, and I’m not saying he planned it, but he seemed way too excited to be able to say repeatedly:

We then discovered we somehow do not own a plunger. Now, we do. Good story, huh?

My parents LOVE my friends, and my friends seem to be pretty fond of my parents. They think they’re fun because they hang (sort of), which I can understand if that’s ALL you see of them. And don’t get me wrong, I love them dearly. But you know, they’re my parents. We went to karaoke with Michelle and Derek on Friday night, and my mom took a nap — for realz — at the table for awhile. You can get kicked out for that sort of thing, but she pulled it off. Later on, she was up there singing “Love Shack” with the group, so….

Karaoke’s always a good time. A real highlight of the night for me, possibly of my life, was singing “The Weight” with everyone. That was pretty special.

On Saturday, we met up with Carly and Brandt. Carly let slip that I have a blog, so I just straight up told my parents they are not invited to view it at this time. Sorry, folks! Maybe some day…

And what about Henry? He came up, he was missed, but I wouldn’t say they were missing him to the point that I jested about in my previous blog. We texted a bit, and it sounds like he had a nice time with his lady friend and her family. Good, Henry, good… get married, have kids. Get them off my back!

To be honest, I think they’ve given up on that for now, heh. They’re pretty obsessed with their dog, anyway. Now THAT came up more than Henry, for sure!

Thanks, Izzy! I appreciate you! 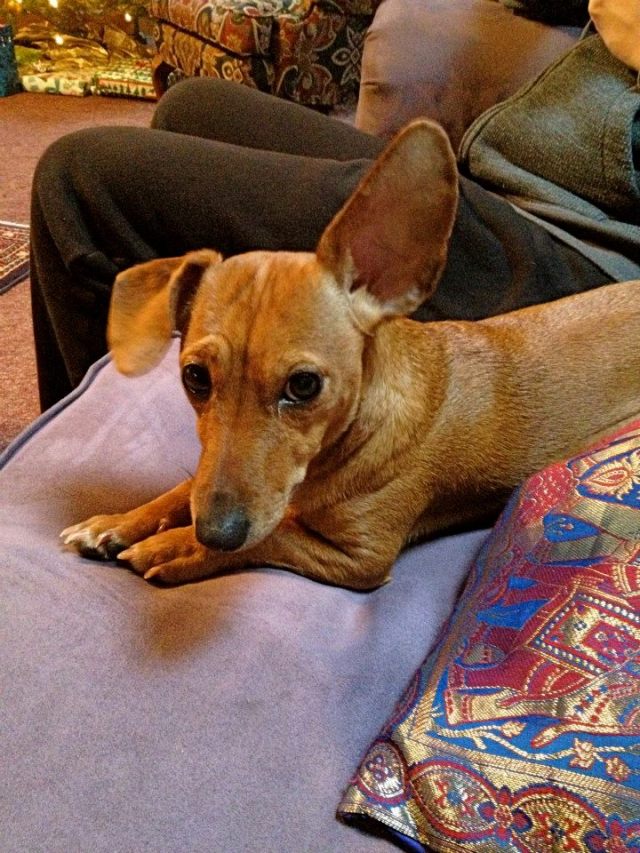 I hope everyone had a wonderful holiday! I certainly have quite a bit to be thankful for, myself.

One thought on “Thanksgiving recap”